We’ve told you all about Mega Fortune Slot and even dedicated a whole website to it. But what about the lucky players who've actually won a jackpot?

In case you’re wondering who has actually won a Mega Fortune Jackpot, then we've made it easy by detailing the amount, date and also a bit more information about the win. Winning a Mega Jackpot is real and can happen, as the lucky stories you'll read below will tell you.There’s a lot more than you would first think, too.

You see, behind the internet, there really are real people out there, who win these very real jackpots on Mega Fortune. The wins might not be every day or every week but they happen and when they do, the persons live is quite literally changed overnight. Progressive Jackpots such as Mega Fortune and Mega Fortune Dreams are dubbed 'Millionaire Makers' for this reason. Since the jackpots are rarely under €4 Millions, we ask the question: How can it not change your life.

June 13th 2010: A 33 year old woman from Holland played online casino and won the Mega Jackpot on Mega Fortune which gave her a personal fortune of €4.3 Million Euros to spend as she pleased.

November 5th 2010: A player from Sweden, who wanted to remain anonymous won the mega jackpot and took home €3.9 Million. Some people prefer to remain anonymous, as this player did and some not, It really is a personal choice and when money is involved once that's an important choice to make.

February 23rd 2011: A lady from Sweden won the Progressive Jackpot playing Mega Fortune Slot when she played at a big Online Casino. She won an amazing €5.3 million! 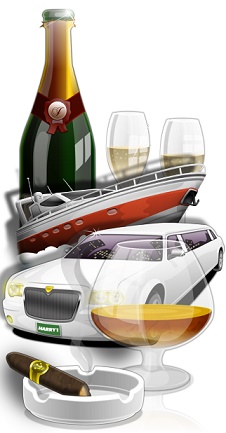 July 24th 2011: A lucky bloke called Markus A. from Sweden, won €37,079 at a major online casino. It may not be the largest win but it’s still just shy of forty grand which is still a lot of money to win.

September 24th 2011: A 20-year-old Norwegian Player scooped the largest jackpot ever (at that time) by playing Mega Fortune: Winning a €12 Million Jackpot! The winner was humble Norwegian student who decided to just log in that evening and play some free spins that an online casino had given him and then deposit a small amount to continue playing and he walked away with the Mega Fortune Mega Jackpot. You just can’t make that up, it really can happen just like that.

18th January 2012: An player from Finland won the Jackpot on Mega Fortune with the jackpot just shy under €6 Million.

March 30th 2012: A player from Norway won the Jackpot on Mega Fortune and took home a very nice jackpot of €4 Million.

June 6th 2012: A winner who didn’t mind to be named in the Media, called Christer, is 42-year-old from Linköping, a small city in the middle of Sweden. Obviously a smart guy, he said to the world that he intended to invest his win into some stocks and some other business ideas which is a fabulous idea. It maybe a little cliched, but Mega Fortune made his dreams come true or at least, a lot easier to achieve.

January 20th 2013: *Record Breaker Alert* A 40-year-old Finnish player from Helsinki, played Mega Fortune, initially investing quite a substantial amount of €2,000. He went on to win the record breaking, biggest ever Mega Jackpot of €15.4 Million! 'Wow' is all we can say to that. This Jackpot win also set a new world record for the largest jackpot won online ever and was recorded in the Guinness Book of Records. The only thing we learned from the winner, who wished to remain anonymous, was that the 40 year old will now be able to afford a personal trainer after that big win and get in shape. What a great story. Congratulations!

February 14th 2013: It was Valentine’s day and indeed proved to be a blooming great day for an English winner who won the Jackpot on Mega Fortune Slot, at top online casino Mr Green. Seen as a smaller win than some of the jackpots in the months before, we say that €3 Million is not a small win at all.

August 8th 2013: A lady from the Netherlands won the jackpot on Mega Fortune to the tune of €3.5 Million Euros.

October 22nd 2013: A player from Sweden won the mega Fortune Jackpot by playing at a very well known, large online casino. The jackpot burst at €3 Million this time.

December 13th 2013: Another lucky customer from Sweden won a nice €2.6 Million. It's up to you if you decide it was pure luck this time, considering it happened on Friday the 13th.

January 17th 2014: A Swedish man had luck on his side by winning around €3 Million on this day.

April 20th 2014: A Swedish player won €3 Million when the jackpot on Mega Fortune tripped. She invested only €5 and won, and wished to remain anonymous.

March 2015: Another lucky player, playing at LeoVegas Casino decided to have a spin and go all in on Mega Fortune and scooped an amazing €5.6 Million! This €5.6 million win was won on an iPad, and the player was playing Mega Fortune Touch, making it the biggest ever mobile jackpot win!

As you can see, Mega Fortune is a totally real online casino slot which rewards the average normal person some life changing wealth and security in the form of a very real Multi-Million Jackpot!